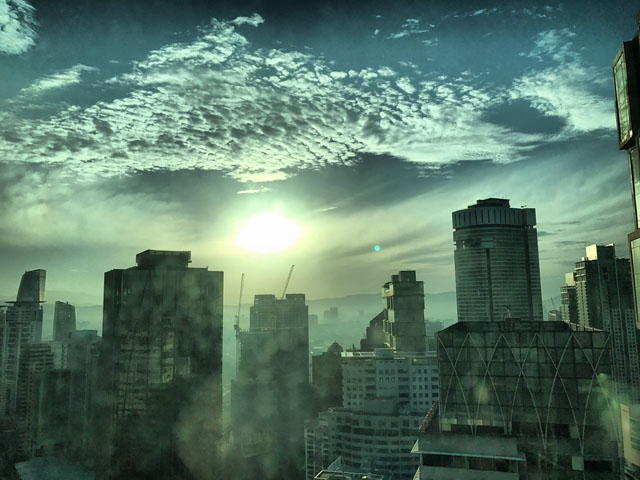 We started the day off with running several times around the loop at the nearby KLCC park. 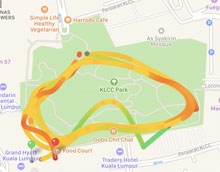 It’s 1.3km one round and paved with some running friendly, slightly bouncy material.

When we came it was already full of fellow runners, but also inconsiderate tourists, blocking the path for selfies or walking with the whole family + stroller, side by side.

Still great fun and the weather was not too hot yet, blue skies and no rain in sight. 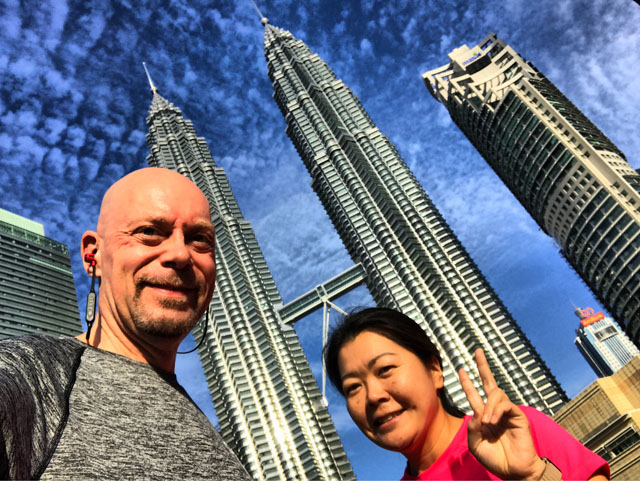 After going back home, taking a shower and picking up Julius, we returned to go to the Aquarium, only to be faced with a looooong line.

Although Malaysia is a predominantly Muslim country, in KL the weekend is still Saturday / Sunday, so everybody and their grandma was out and about. Hence we skipped this plan for now and went on to explore the Suria Mall nearby (and right next to the Petronas Twin Towers)

Lots and lots of shops, all the usual suspects, including our beloved Uniqlo from Japan. Too busy to do any real shopping, so we decided to get tickets to watch the movie ‘Split‘, but first we took care of lunch at the food court. Ritsu & I opted for chicken rice, a dish I had learned to love in Singapore, while Julius felt like fired calamari.

Right after the movie we went to see the 5AM acrobatic ‘Lion Dance’ at the outside esplanade, which was very much fun to watch, especially with that surreal skyscraper back drop. Old meets new! 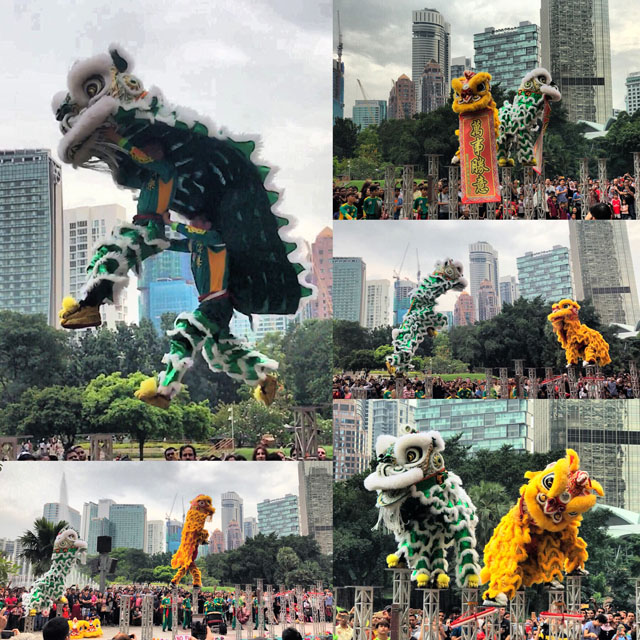 Here is a 30 second video clip of the performance:

We went back to our temporary apartment for a small break, but soon enough it was time for dinner and I navigated us over covered walkways and through the maze of never ending mall structures to Lot 10, another small mall, and it ins bowels, errr, I mean basement is the Lot 10 Hutong food court: “Food Hall of the Best Hawker Stalls in Malaysia!”. A colorful collection of little kitchens dishing out local food left and right. Amazing variety, scents, rude people and in the end, tasty and pretty cheap food. 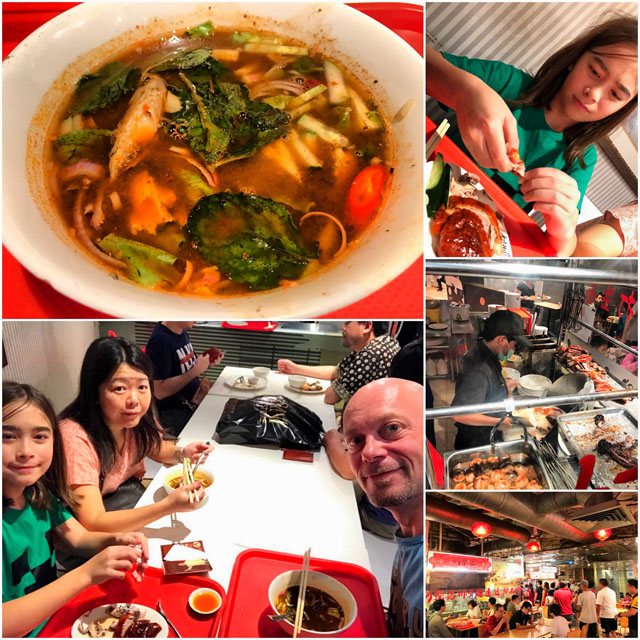 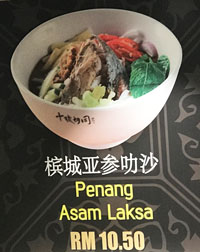 This Penang Asam Laksa at 2.50$ was awesome!
Not really what I had expected though; from my laksa experiences so far it is usually a very coconutty broth served with chicken & shrimp.
Here we had a more sweet/sour/tangy tamarind flavored soup with some pieces of fish and lots of fragrant herbs.

Nice kick to it, without being overly spicy.

While Ritsu had gotten the laksa, I had lined up for the roast duck for Julius (while he scored us a table). Too bad the duck place had run out of both, rice and noodles, so he got plain duck, which was a bit tricky to eat, but in the end he managed well.

On the way back home we met this inexplicable selfie bear, wishing us a happy new year.