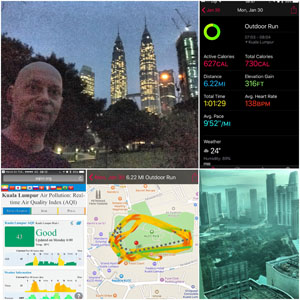 We had decided to run earlier this morning, without being fully aware that sunrise is much later than Hanoi (although KL is slightly further West of Hanoi, it’s timezone is 1h ahead of us, since some other parts of Malaysia are far more East than Hanoi).
So we had a wonderful dawn run, much fewer runners, and fantastic air quality. 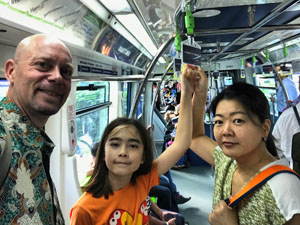 The main attraction as going to be the KL Bird Park. While I had advocated to walk the 4.2km to the park, we tried the monorail instead. Another new and fun experience.

Even after the train we still had quite some walk, but once we were at this huge aviary, we were rewarded with beautiful birds left and right (and above). Some of them, like some peacocks and parrots friendly enough to be touched. Julius also got to feed a hornbill while he kept dispensing snippets of knowledge on all the creatures we came across. 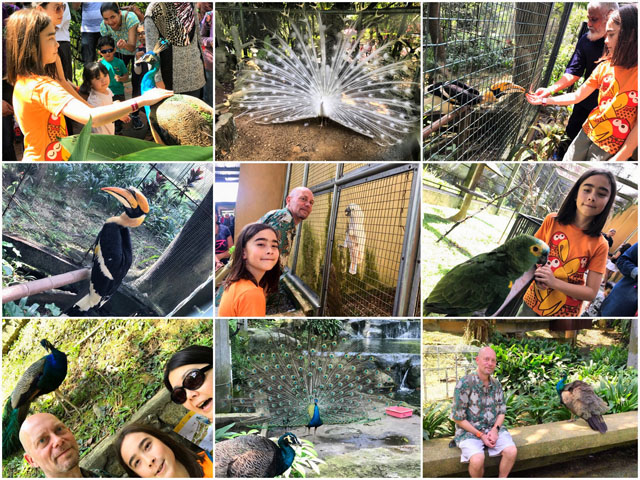 But the highlight was the “Bird Show” at the amphitheater. Like all those shows, at one point they pick volunteers. In the past Julius had been to late / shy with raising his hand, but this time he was ready and got picked to assist with a parrot fly through trick. 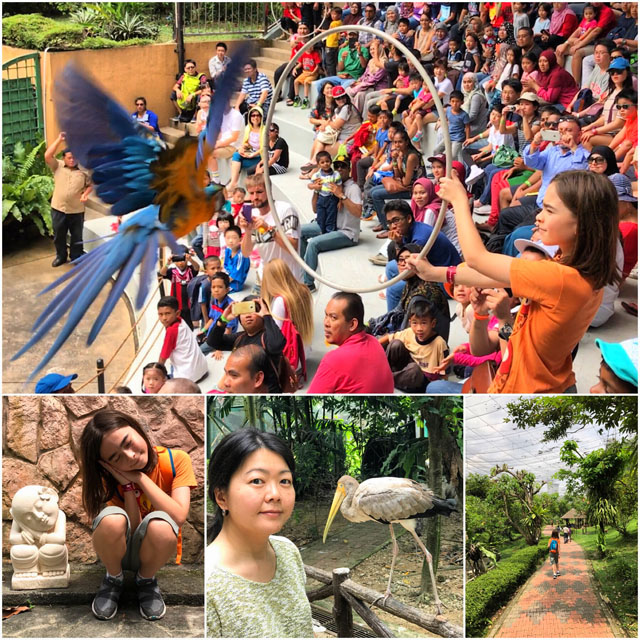 It was way past lunch time when we called an Uber to get to Chinatown (which we had noticed was nicely mid-way between Bird Park and our local home), but little did we know that thanks to Chinese New Year, Chinatown looked more like a ghost town! 90% of the store fronts were barred with shutters.

But in the end we found a lonely (but open) Thai restaurant, which wasn’t stellar and service a bit on the slow side, but food was tasty and prices were fair. 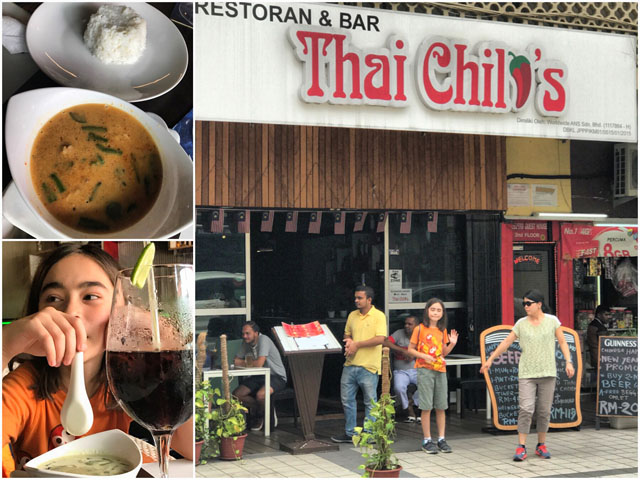 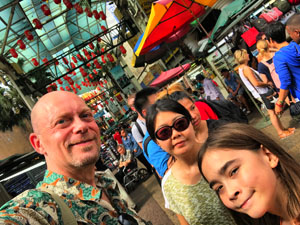 Nice thing was that the flea market at Petaling Street was operating at, let’s say 60%. The prime location stalls were pretty much all open, while the shops in the back were on holiday. Lots of stuff to see, the usual name brand look-a-likes, but we ended up buying nothing. Just soaking up the atmosphere.

Then we split up, J&R were walked out and wanted to go home, while I still wanted to explore more. But of course, then it just had to start to drizzle! I made it fairly dry to Low Yat Plaza, 7 floors full of IT / gadget stuff. Similar to Pantip Plaza in Bangkok. I went all the way up and systematically made my way down. Besides some heavily marked down (and original Adidas) running clothes I did not buy anything, but I sure had a couple of fun chats with salespeople who approached me left and right. They were all friendly, polite and never too pushy.

When I left that plaza, after about 90 minutes of looking around, I found that by now a tropical down pour was going on. Thanks to google maps I saw that I could do most of the way by hopping from one mall to the next, some of them were connected by covered bridges or under paths. But not all of them, sometimes just crossing the street seemed daunting.

In the end I made it to Pavilion and from there is a covered walk way nearly all the way to our residence.

For dinner we did not feel like venturing out far and I had researched us this Indonesian (?) style BBQ place. Lots of BBQ pork specialties with some interesting fusion twists. 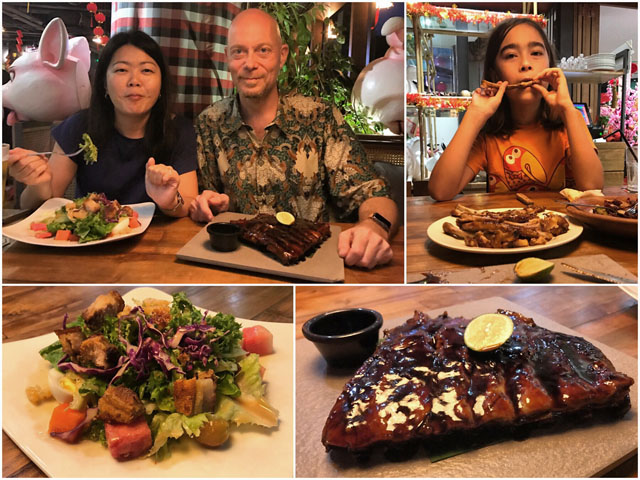 Ritsu had the pork salad, I enjoyed the signature BBQ ribs and Julius went for ‘naughty pork belly’, which he later described as ‘just spicy bacon’. But we all did eat well and in the end had a nice chat with the manager, whose wife turns out to be Vietnamese. We talked about food and weather and finally it was time for us to go home.