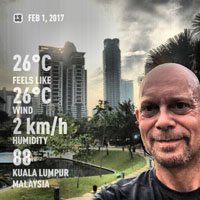 We kept things a bit more mellow today. We had planned to get up on KL tower for the view, but the weather was not ideal, so we are keeping this for another day. We went running though, as usual. 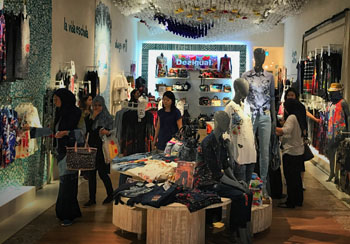 Instead we checked off an item from Ritsu’s wishlist: Clothes shopping!

One of my many job titles is also fashion coach, so I whisked around finding more stuff in whatever store we were, exchanging sizes, trying to keep Julius happy … And in all that I only managed to get this one picture

Today’s lunch was another Julius discovery: All-you-can-eat Yakiniku … only that he had that mixed up in his head with Sukiyaki

… For a mere 11.50$ per adult (and half for J) we could order and grill as much meat & seafood as we could squeeze into the allotted 100 minutes (and our tummies) 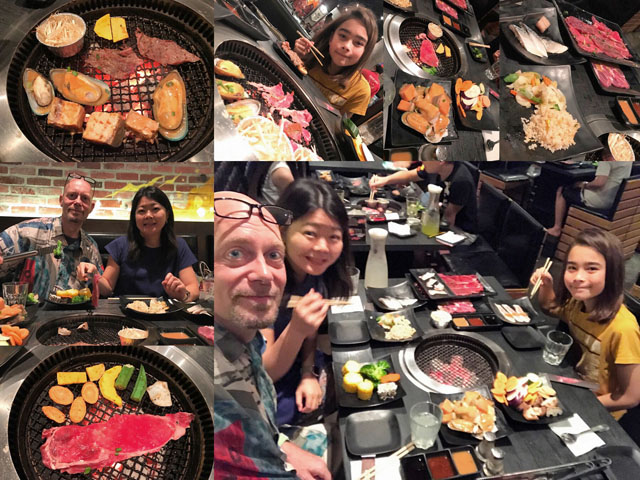 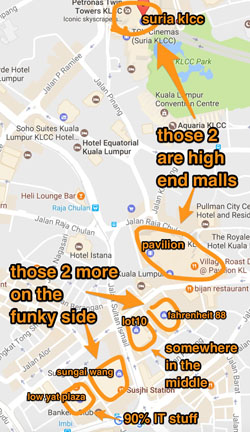 By the time we were done, it was already close to 3PM, time for R&J to go home, while I kept on with my mall explorations.

I find it fascinating to find some of the older style malls, bit funkier, with some more ‘discount’ feel places, cheaper food courts, in general a bit more in disarray, but so much more to see, here I could still find fake Beats headphones, like they were popular 4 years ago in Thailand, I had thought those had left the scene.

Too bad I did not really take any pictures (Today my main focus was Sungai Wang mall). With some more time I could imagine it a fun project to go around making photo essays of each of these malls.

Another ‘funky’ one would be Fahrenheit 88, though they just got a very big Uniqlo outlet, maybe they try to keep up.

There must be other interesting malls further out. Maybe I get to check ‘Nu Sentral’ tomorrow.

Once back, I finally got to check out the pool of our apartment building with Julius. While not very sunny, it was still very warm outside (the water felt initially relatively cold). 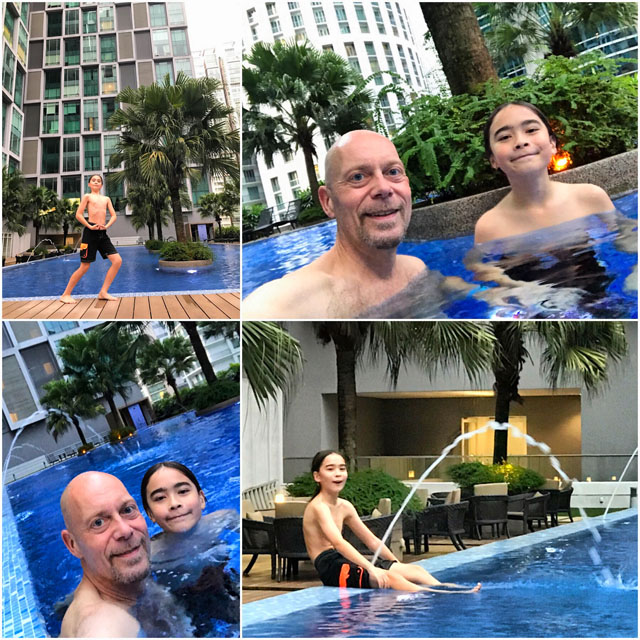 It was refreshing and relaxing for 10 minutes, until 2 other ‘tourists’ showed up, armed with beer and smoking cigarettes, and that one guy kept trying to get me into a conversation … time for us to go. 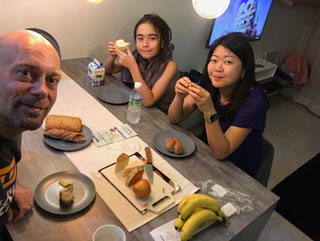 Dinner today was a simple selection of cheeses & bread. After such a big lunch we did not feel the need for going out again.

J&R stayed in to watch a movie on the sofa, while I wanted to check out our area after dark. The towers are illuminated and the water fountains at Suria KLCC all colorful and pretty. 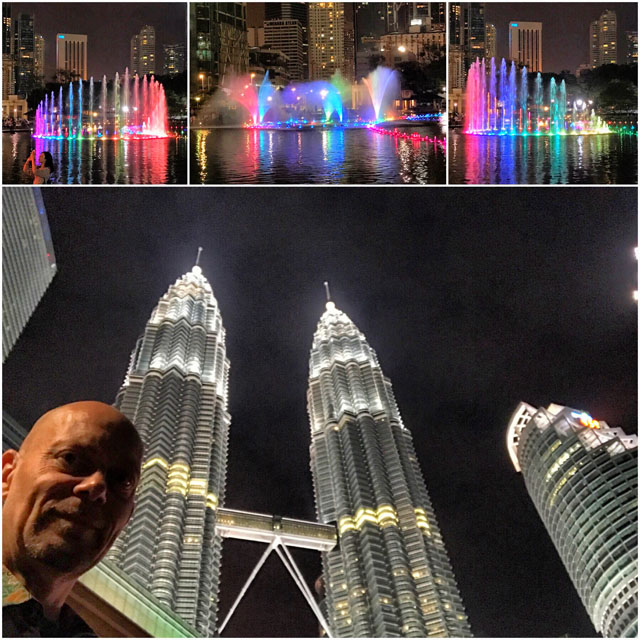