Got up early again today to start running before sunrise.

Although we have a gym with our Airbnb, with the park that close by and the air quality so much better than Hanoi, I prefer to go out. 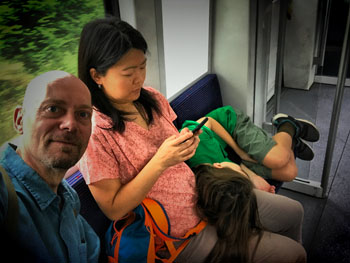 For today’s program, we hopped on the monorail again and then switched at KL Sentral (yes, with an ‘S’) to the Kmuter (commuter, get it?) train to Batu Cave. Relatively short, cheap & pleasant ride.

Once arrived we made our way to the actual attraction, passing street stalls and this big flock of pigeons, much to Julius’ amusement.

Then up the 272 steps, trying to not get pick-pocketed by wild monkeys and then into the large cavern housing several different Hindu temples.

There sure is a very different aesthetic to those temples compared to Buddhist or Christian.

But the much more interesting attraction (of which I did not know about until yesterday) is the Dark Cave, a conservationist and educational site, with no electric wiring inside, only small hand held flash lights and helmets. Real explorer feel. And we had a very good guide explaining everything in detail. 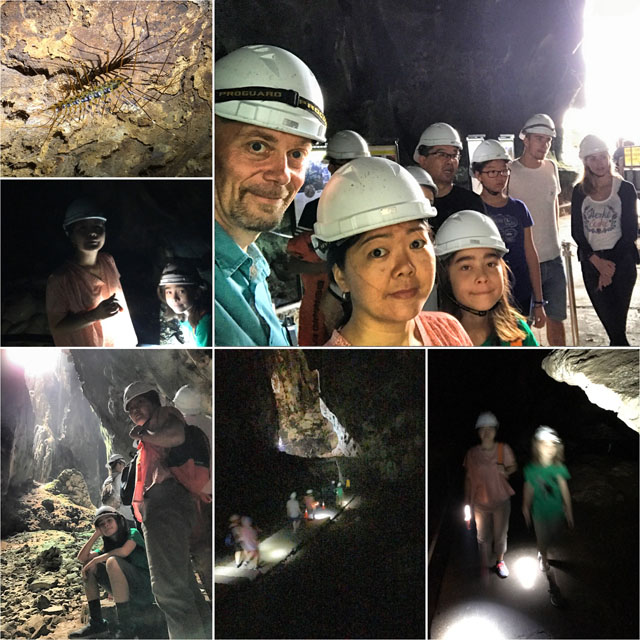 When we finally descended the big stair case, 2 hours had passed since we got off the train. Our tummies were indicating that lunch time was approaching and Julius suggested burgers. 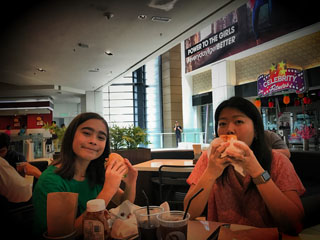 So we took the train back to the city and looked around the Nu Sentral mall for food, finding a place where you can build your own burger and I was very happy to see that they had lamb on the menu! …

Only to be disappointed to find out that they were out of lamb (probably still delivery issues of fresh stuff thanks to CNY), so, J&R munched on their beef burgers while I sulked and stayed hungry. (I did not feel like compromising with chicken, I really had wanted lamb!)

But at the end of the day I got rewarded with a fantastic Peking Duck dinner (and boy, was I glad that I had ample space in my stomach for this ducky goodness!) @ Village Roast Duck.

A whole duck is about 20$ and feeds 3 people easily. We added some veggies and BBQ pork and then we started on rolling the duck meat into pancakes. Delicious. 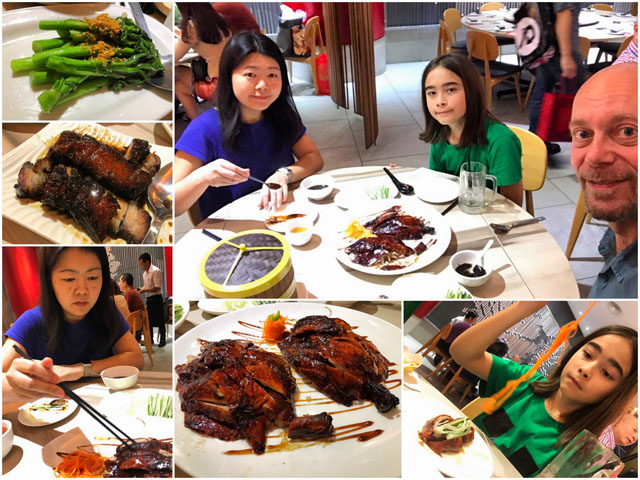 The place is quite loud, like a typical Chinese eatery. We got to witness a new years tradition at several tables, Yee Sang / 魚生. A big plate of different shredded veggies stands in the middle and on cue everyone uses their chopsticks to mix up that salad, while chanting some new years words of wisdom? It was loud, but fun to watch.

According to Wiki, this might have been an old Chinese tradition, but has been made popular again in the 1960ies and today is mainly practiced in Malaysia, Singapore and Indonesia.