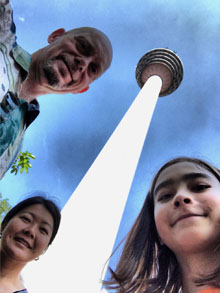 There are several options to get a nice city view from high up.

The most obvious being the shiny Petronas Towers, but after reading reviews, which all agree on ‘too expensive, not enough time, rude staff’, we went out to get up on Merena Tower (aka KL Tower).

Tickets for these kinds of things have gotten expensive! 25$ to get up on the sky deck, but ‘only’ half that for the observation deck, which according again to many reviews, is enough to get a great view.

And indeed, impressive views, lots of overpriced shopping at 276m, but overall a fun time.

Thanks to Ritsu’s reading up on things, we had purchased combo tickets for observation deck & mini zoo.

This zoo, not that ‘mini’ actually, was way more fun than the tower. Lots of touching animals and getting parrots on your shoulders for picture taking (without asking for extra money, like they do at the Bird Park) 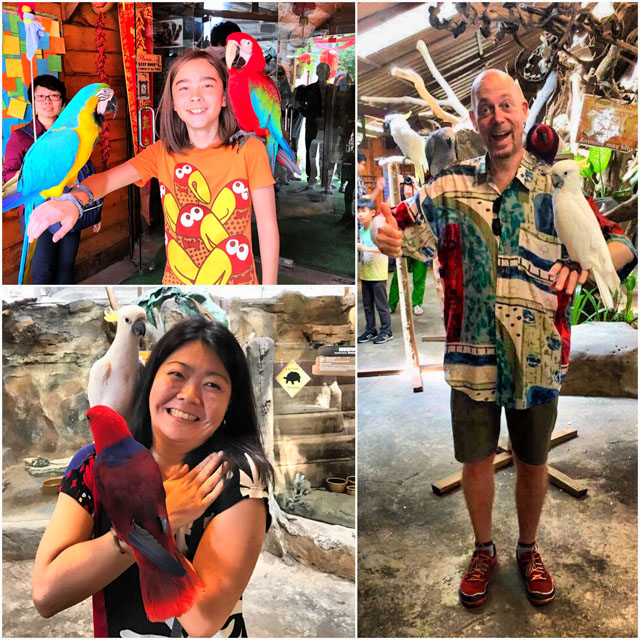 Ritsu looks very cheerful in this photo, but she is actually kinda freaking out, since the birds mistook the embroided beads on her shirt as food and started picking on them.

I really liked that the rangers handed out free food so we could feed the animals (unlike putting up vending machines, again, I am looking at you, Bird Park). 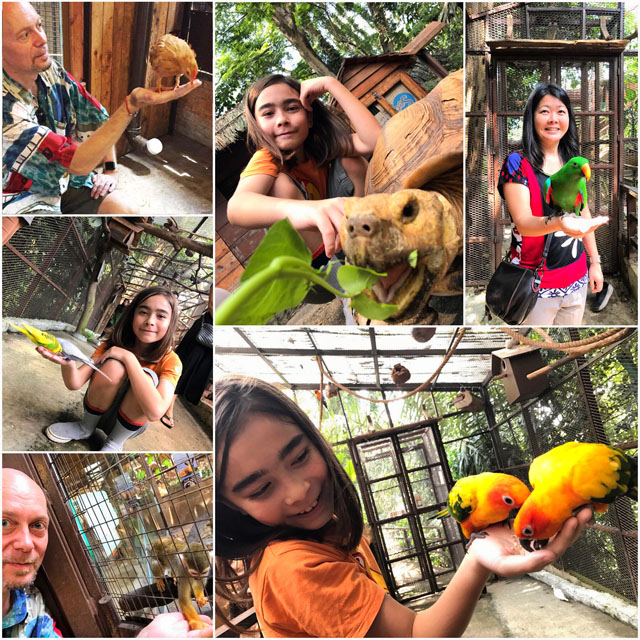 There were also snakes, monkeys, different turtles, emus, some fancy mini horse, ferrets, raccoons and many others I am forgetting now. Very much worth a visit.

When we left it was already way past lunch time, so we headed for Pavilion’s food court and found some interesting noodle dishes. I know mine was ‘Prawn Mee’, that very red one, with 2 lonely prawn swimming in there, the name of Ritsu’s dish I don’t recall. 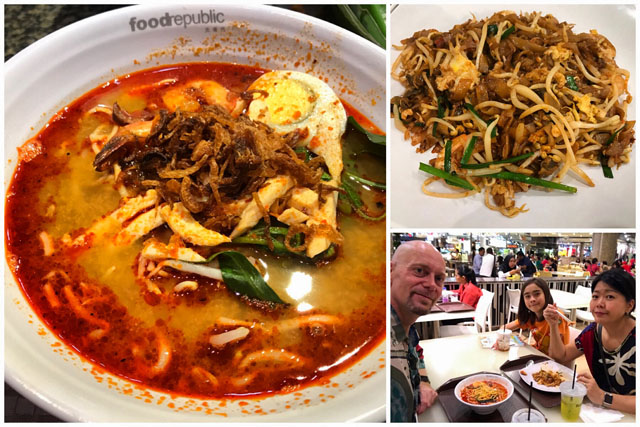