Our one week KL adventure is came to an end today and we had an early morning pick up, hence no time for running.

The sun was just rising when we were on the way to the airport.

There was a slight hiccup with check-in, as there was no counter information on the sign board, only ‘use kiosk’.

Since we already had done online check-in I was a bit baffled. After seeing signs that the counter will close 60 minutes prior to flight (and we were at 70 minutes)

I finally asked at the ticketing counter and they directed me to the correct check-in row. No word on why there was no better information. 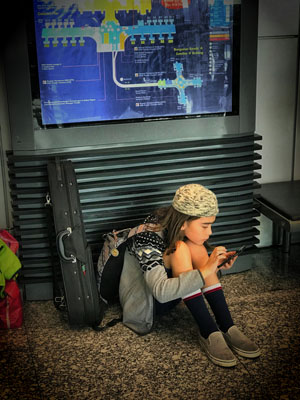 Initially getting through security seemed extremely lax, but as it turns out, there is a second security check right at the gate.

Julius had been craving a burger (that early in the day?), but the airport Burger King is at a different terminal, too far away given the little time we had.

So, he just found his corner and played on his phone. (Instead of playing his violin, which I really wonder what airport security would say about that.

The flight left on time and we soon got to see beautiful clouds. Well, I got to see, Ritsu slept most of the flight and Julius enjoyed the in-flight entertainment. When it comes to planes I am more of a little boy than he is, I still love to look out of the window. 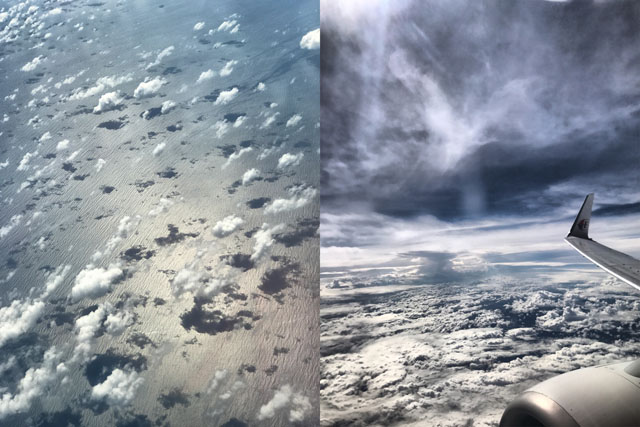 Fun with food! I had a hard time understanding the menu options, it sounded like ‘chicken with curry, or fried rice’, thinking the fried rice was just that, I went with the curry option.

As it turned out then, it was chicken fried rice (for J&R) and I got a Murtabbak (seasoned chicken patty folded in a pancake, a very Indo-Malay dish) with a dhal curry to dip in.
Does not look overly pretty, but was surprisingly tasty! Next time in KL I want to find a restaurant serving this.

The return flight felt shorter, the approach was pretty bumpy, but we arrived on time. 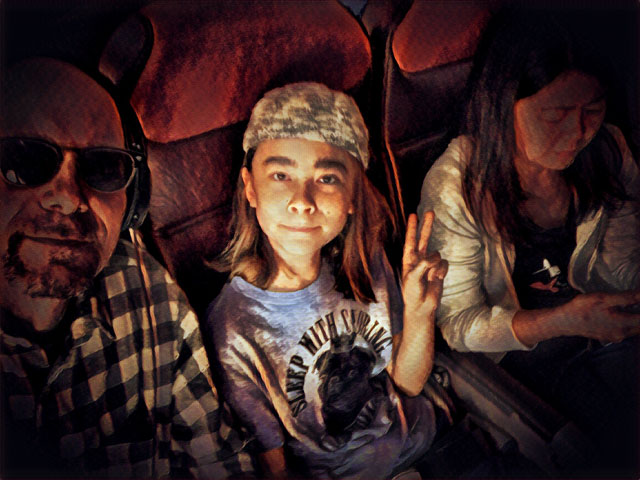 All luggage accounted for and found our driver right away, 20 minutes later we were back home.

What a great trip this was!

And since it was still early in the day and we still have 2 days left on our free gym pass, we had ample time to go and burn off some more calories. (And we did not get to run this morning)