Besides his usual Saturday and Wednesday stints, I have also signed up Julius now for tennis in school. They just opened up the athletes’ programme for grades 4 and 5 (calling it U12). And the coach made it very clear that this is NOT an ASA (after school activity), but rather a serious programme bound for competition.

And I was not aware that this does also mean the ‘class’ is not a mere 60 minutes, but 105 minutes! … poor Julius was hitting balls until 5:45PM and that after a full school day.

But he was very active to the last minute and finished with saying ‘I’m feeling awesome!’. He was also the only kid who’s parent has read the rules which state that kids have to wear school sports uniform. Too bad they have not yet ordered smaller t-shirts for grade 4 and 5 😀 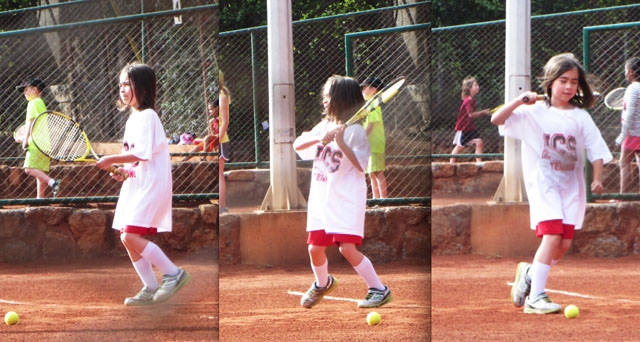 Botton line: he now has tennis 4 times a week. And each class is more than 90 minutes!

This entry was posted in Julius. Bookmark the permalink.